A Dull Performance, Dubbed a Queen, and a Slap on the A$$ from an Old Player- Nicki Minaj has a Hell of a Cyber Monday Morning 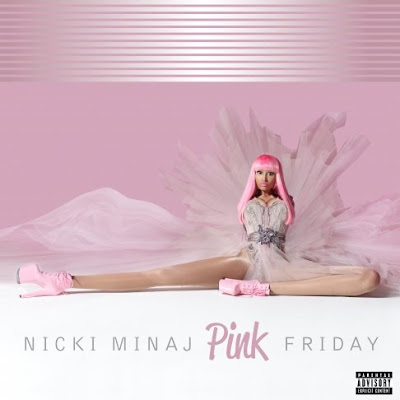 Did I just see Regis Philben slap the backside of Nicki Minaj? *Rubbing my eyes* Ok, did I just hear him say he wish he could GO HARD on her too?
Is this morning family-friendly TV or is he trying to get a “Minaj” going with him, Nicki and Kelly?
I don’t know what in the world was going on this morning when I tuned in to watch LIVE with Regis and Kelly to catch the rapper Nicki Minaj do a lackluster performance.

This was actually my first time I have seen Nicki perform. I just haven’t jumped on the Nicki bandwagon because she seems like she’s more of my 17-year-old daughter’s speed with her vibrant, colorful outfits and barbie-doll like animations.
Plus, I’m on Team Lil Kim. I’m a huge Biggie fan and I love Lil Kim and Nicki just seems like a copy cat of Kim. Kim did all that with the colorful hair and crazy outfits about 10-15 years ago. It’s old. So what’s so new about Nicki? So I tuned in to watch the hype.
But unfortunately her performance seriously fell short. She was singing. Is she a rapper or a singer? Her hair. What was that about? It’s not cute. She looks like someone bust her in the head with a bag of skittles. She was blonde and rainbow-bright colors on the bottom of her hair. Kelly Ripa jokingly asked Nicki for her hair back. She might as well had said “B*tch you are not a blonde! Stop faking and frontin!”
Nicki stood on the Vegas stage and rocked from side to side and POOF. It was over. DEAD FISH EYES.
That was it. Hmmmm. What the hell? Okay. Well, if that’s what people are into then, more power to her. I wasn’t impressed.
But then, Regis, who is a self-professed LOVER OF LIL KIM (especially when she was on Dancing with the Stars) started making moves on Nicki.
I think he wants a piece of that booty meat, because he reached to her backside and WHACK! He tapped that BACK! Butt, legs, I’m not sure where his hand landed, but Nicki seemed a bit shocked and a little uncomfortable. Then when Regis asked her what did Lil Wayne tell her about getting into Hip-Hop, Nicki responded by saying Wayne told her to “Go Hard”.
Regis then replied and said that he WISHED THAT HE COULD GO HARD!!! There was NO doubt in ANYONE’S MIND what he meant.
What in the world was Regis drinking this morning? Well they are taping in Vegas! Who knows! But it made for one interesting and uninteresting show.
Did I mention that Regis said Rolling Stone has named Nicki as the Queen of Hip-Hop? She’s been on a scene for about 15 minutes and she’s the Queen? Someone at Rolling Stone was STONED when they christened Nicki the Queen. That’s just wrong. Don’t they know Kim is the Queen Bee? A well-deserved title for someone who has rocked the mic for MANY years and earned her keep. I don’t want to diss Nicki because everyone deserves a chance to shine. But you can’t shine if you STEAL someone else’s light. We can all see right through that!

Check out the diss little Kim Launched against Nikki Minaj

I’m no sports mom and never so much even have watched a whole baseball game in its entirety. And although I have enough kids to ...

You can keep your mouth close – or your legs closed for that matter, and not say a thing about the “S” word. But the ...