Behind His Smile: Scott Bogan Talks About His Life Living with HIV

cincomom December 1, 2010 Comments Off on Behind His Smile: Scott Bogan Talks About His Life Living with HIV

In honor of World AIDS Day I am highlighting someone who will bring light to the HIV/AIDS epidemic. No matter what we believe about people and their lifestyles, no one deserves this disease. It’s not time to judge, it’s time to bring about change.

Scott Bogan smiles because he’s dating someone who is genuine and cares deeply for him. He smiles because in a hard economy his job as a Senior Project Manager is pretty solid. He smiles when he thinks about having kids at 42, but then realizes that means he might have to give up globe-trotting for diaper-changing.
But behind the smile, there’s been days when Scott has wanted to die. He’s attempted suicide before because he’s been miserable with his quality of life and the sadness consumed him. It’s a life that’s had its ups and downs in the past. It’s a life that he has called hell. He’s been through hell the last 14 years since being diagnosed HIV positive in 1996. In his 20s Scott dated and partied and had sex with his partner, just like most young people do. But having unprotected sex with a man that he dated for six months changed the course of his life for the rest of his life. Scott, an openly gay man living in Atlanta, has been living with the reality that he is among the 1.1 million people living with HIV in the US and among 33 million African Americans living with the disease worldwide.
But even with being diagnosed he doesn’t blame the man he’s pretty sure gave him the disease. He of course, no longer dates him, but he often sees him at social events. The man denies that he even has the disease. But Scott also knows this man has since passed HIV along to someone else he knows. It’s this vicious cycle that has gay, bisexual, and other men who sleep with men (MSM) of all races remain the population most severely affected by HIV, according to the Centers for Disease Control.
And it’s this same reason that Scott knows people need to educate and protect themselves because no matter how someone looks they could pass along the disease without regard. 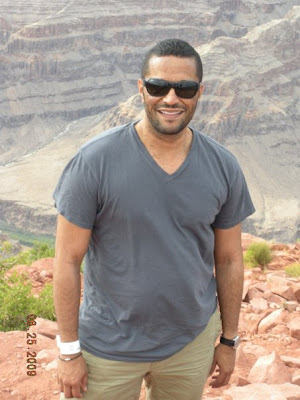 Scott himself admits that’s he’s had disregard for his own health back in his early years when he had unprotected sex.
“One reason I’m HIV positive is because I didn’t have a good self image. If you don’t value yourself you find yourself in bad situations. When you are always seeking validation from others, it’s scary because you’ll do what they want you to do to please them.”
Being black, gay and a male was hard to deal with, not for Scott but mostly for others. Even his mother had a hard time talking about Scott, an only child, to her own sisters, he said. While most parents brag about their child’s newest partner they bring home and introduce to family, Scott said his mom and dad never acknowledged the men he would introduce to them, let alone talk about him being a gay man.
So in 1996, it was even more difficult to reveal to his parents that their only child had caught an incurable disease: a disease that could possibly cost him his life.
Scott said he went to get tested because he had been feeling out of sorts. “Another close friend was in the hospital literally dying before my eyes and I was feeling that something was wrong with me.” Scott said for months he couldn’t sleep and suffered from night sweats. “My body was acting weird.” He was dating a guy previously for six months and had unprotected sex throughout their relationship. “I’m 90% certain I contracted HIV from him.”
Scott went to get tested at AID Atlanta and when read the results, he said, he left there feeling numb and dazed. One by one, over the course of a month, he sought the support of family and friends and told them the news. They gasped; they were shocked, his aunt broke down and cried inconsolably. His mother? Angry. And the anger just fueled Scott’s anger.
Scott had to be re-tested to determine what his drug regimen would be. His viral load (which measures how much of the virus is in someone’s body and how fast the virus will progress) was “1 million something,” he said. That was very high and the doctor wanted him to start medication immediately. The doctor prescribed AZT & Epivir, two antiviral meds. But Scott took a 2-week vacation to Martha’s Vineyard to get his head straight before returning home to start his medication.
But after starting his meds he had an adverse reaction to medication. “I was nauseous, I was feverish, I had nightmares, cold sweats and dry mouth. This lasted for 2 weeks straight.” 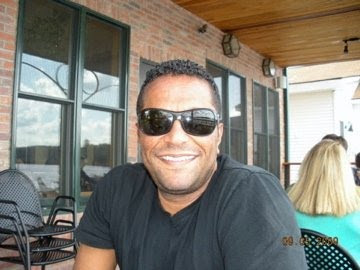 Scott, a handsome, well dressed man who is fashion conscious, told his doctor that if his external appearance kept changing for the worst, especially when his fingernails turned black, they would need to find an alternative treatment. But today Scott said the meds are much better than they were 14 years ago. Now he takes 3 meds once a day.
Scott said right now, in this moment, he’s happy and feels good about his life. But still each day is a struggle. He’s learned to accept what he can’t change but he still battles with depression. Yet he appreciates what’s good in his life.
“I am healthy, I have a job, I have a home, I have health insurance and I have friends and family that love me.” And he’s dating a man who is not infected and who supports him, is involved and treats him good.
Also his strained relationship with his parents is better. “You have to learn that there are people who care about you and you have to let them care about you,” he said.
Nowadays Scott said he wishes more young people would realize the gifts they have inside of them.
“Kids are going to parties and shooting people. They just don’t have any value for life. I don’t think they understand how previous life is. It’s a gift.”

Follow Scott as he blogs about his journey at “Behind the Smile”
http://scottallenbogan.wordpress.com/

To find out about World AIDS Day and how you can help change the world go to http://www.worldaidsday.org/

To get informed about AIDS/HIV statistics in the US go to http://www.cdc.gov/

Have you put yourself at risk? Take this confidential test and find out
http://www.worldaidsday.org/Facts-and-Stats/Have-you-put-yourself-at-risk.aspx

Out on the Town with Tami at a Williams-Sonoma Cooking Demo that was Delicioso!

I have to admit, I’m a cooking queen! I love to bake, fry, saute and puree and whip up eclectic mouth-watering dishes for the Smith ...