cincomom February 14, 2011 Comments Off on I WON! A REAL Housewife Coming to Meet a Real Housewife! I’m a Contest Winner of Cynthia Bailey’s Ultimate Fan Contest! 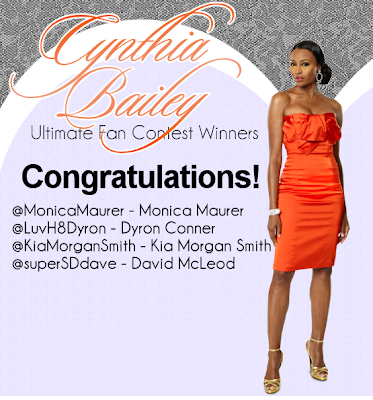 C’mon admit it!
We’ve all got some guilty pleasures, whether it’s sitting in the dark and consuming chocolates to no end, or secretly being a fan of Justin Bieber’s. It’s a pleasure you don’t usually want to boast about because of the eye-rolling you’ll get from people who just don’t understand your personal pleasure.
They cut their eyes as if they would never understand why you like what you like or do what you do.
Well I have a guilty pleasure that I am proud of. I LOVE watching the Real Housewives of Atlanta. I LOVE the drama and the characters on the show. Yes, they are characters. They cut up, act up and sometimes truly act out! It’s entertaining and oh-so-fun to take a peek into the lives of somebody else’s drama other than your own.
And this season, they added a new housewife Cynthia Bailey. Someone with style, grace and someone who actually is a star in her own right and didn’t need a show to validate it. She’s fabulous without the diva syndrome. She’s real and doesn’t have to put people down to rise to the top. 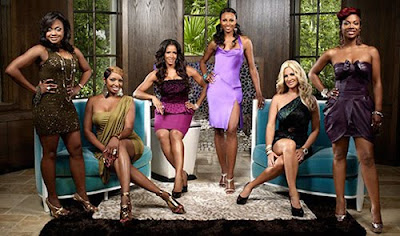 Cynthia is a supermodel and she’s a fashion icon. She’s strutted down the runway from New York to Milan, graced the cover of Essence, Vogue and Vanity Fair and has been on TVs shows long before Tyra Banks even got a show! Cynthia is established and a role model and that’s one of the many reasons why I admire her and wanted to meet her. 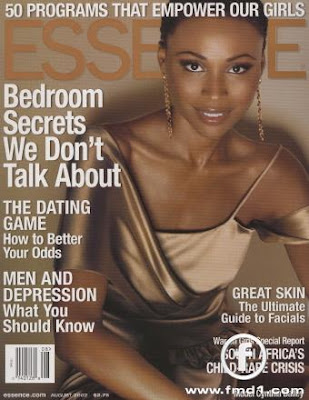 So when I heard of an opportunity to write a letter for a chance to be Cynthia Bailey’s Ultimate Fan, I jumped at the opportunity to meet Cynthia. But as my luck usually goes, I never really win anything. But optimism is on my side. I’m an optimist always believe that if you JUST TRY, always GIVE IT A TRY, you just never know. I teach this concept to my kids eveyday. Just try.
So I did.
I wrote a letter about why I wanted to meet Cynthia and submitted it online to Mr. Couture, a funny, witty, socialite and celebrity assistant who was spearheading the contest. (By the way, follow him on twitter. He is hilarious.)
Then I watched for weeks until last night to see if I would be granted a chance to get the heck out of the house for a night, away from my adorable (but sometimes bothersome) kids and get a night out to hob-nob with Atlanta’s elite Miss Cynthia Bailey.
And….
I WON!!
Woot! Woot!
What a great contest and a nice way for Cynthia to meet people who adore her. So I can’t wait to meet up with Cynthia this week and see what’s planned for the four contest winners. I’m excited because Momma just doesn’t get out much! I love when people look beyond themselves to give to others, even in the smallest way. Because what’s small to one person is big to another. And for me, a mom’s night out is BIG and always will be.
Thanks Cynthia! Can’t wait to see ya!! 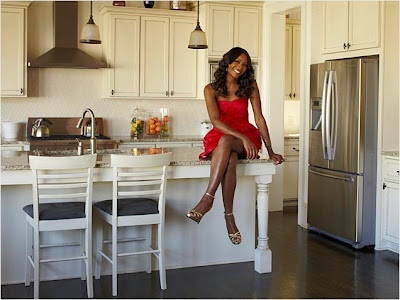 @KiaMorganSmith’s AMAZING #WHTweetup Trip! The Prime Minister Visits the US!

I don’t know how you sum up AMAZING. It’s not something you can put in a bottle and place a cap on and call it ...

With a birthday around the corner it’s time to evaluate life. Or do I even have one?