Douglas County, Please Do Better! The Easter Egg Hunt Had Too Many Faults!

cincomom April 18, 2011 Comments Off on Douglas County, Please Do Better! The Easter Egg Hunt Had Too Many Faults! 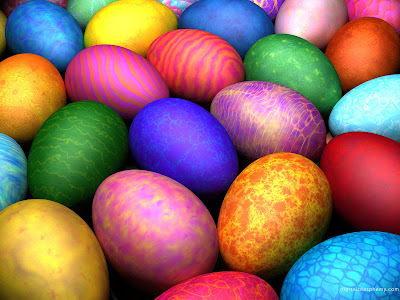 I’m gonna make this short and to the point.
Douglas County can do better.
Yesterday I attended an Easter Egg Hunt called Eggstravaganza, held at Boundary Waters Park in Douglas County. It ws billed as the biggest Easter Egg Hunt in the county for kids.
But instead what should have been a fun day for kids, gathering eggs, meeting the Easter Bunny and earning prizes, was pretty much a hot, miserable day for parents and a bit unorganized event with far too many kids and not enough eggs for the little gatherers.
Here’s the problem:
ONE: Let the 2, 3, 4 and 5 year olds get the eggs on their own!! Kids were trampled because parents were allowed to gather eggs along with them and the eggs were gathered up in a minute because parents were doing more gathering than the kids.
Here’s a suggestion: Next year, let the little kids go in ALONE and have a few Girl Scouts help them gather eggs. Yes they are young but that’s the FUN of it. And the egg gathering will last much longer than a minute because the kids will take a long time collecting eggs.
TWO: From what I could see men were running this event and MEN run things differently from how a women would. With that said. The men, one I know name was Chad and then there was another dude in green with a bullhorn, were OVER-ORGANIZING and they were NOT on point with the time. If you advertise an event to start at TWO, it needs to start at TWO! Stop trying to OVER-organize the event! Parents were hot and bothered, the kids were hot and bothered and hard to contain! And the event ended up not being fun!!
THREE: You have GOT to start several age groups at the same time! Let me say this again because I don’t think you understand and hear me. YOU HAVE GOT TO START DIFFERENT AGE GROUPS AT THE SAME TIME! The event was TOOO long for a parent like me with FOUR little kids!! Please God, start the older kids at the same time as the little ones. As parents we don’t have to necessarily stand by the gate of older kids. If you are starting the 2,3,4 and 5 year-olds then start the 9 and 10 year-olds too!!
The day was too long, the sun was too hot! And it was so hot that a child passed out and the paramedics had to be called! My children were hot and upset too!
So what there were concessions! We came out for a free event and don’t want to pay for a bunch of food in the hot sun. I am keeping it real and letting you know what’s on parents minds. And I talked to a lot of parents because I knew MANY of them there. We were not pleased.
FOUR: Then there were the few prizes given out. C’mon… last year the prizes were bigger and better. This year I had to confront the girl giving out the prizes because she gave my daughter a very, very small bear. I asked her to take it back because she gave all the other kids baskets and I wanted my child to have a basket.
I have to point this out, she gave all the white kids baskets and didn’t want to give my child one. That upset me.
I am a homeowner and taxpayer in this county and my child wasn’t worthy of a basket? She eventually gave me a basket after I fussed a bit but I still was disturbed.
Again I cannot stress enough to start on time, on time, on time!!! Please start at 2 p.m. not 2:15 or 2:30 pm! Especially when there were parents who were there since noon because of misinformation given to them by the aquatic center! If u advertise at two START at two.
And please stop the man in the green with the bullhorn from acting like the Easter Egg police and stop taking the fun out of it! Let the little kids run and get the eggs on their own. Start multiple groups at once and stop having so many parents wait around in the hot sun at once.
And hire a woman to help! Women are more personable than men too! At least I think so!
Enough said!
Do better!
And I will return next year to see if you have listened!

Every year it never fails I can never decide just what to get my husband for Father’s Day. I’m sure some new power tools with ...

Last night fashion and philanthropy was the FOCUS at the 4th annual Celebration 4 A Cause (C4AC): Where Music Meets Fashion For A Cure event. ...

Ok, everyone,I know I have been missing in action for a while. I haven’t even tweeted in a month and have probably lost all my ...

Chat & Chew with Frito Lay’s Chips and Dip is a Perfect Pairing that Can’t Compare!

Last weekend the weather was just perfect to be paired with some blogger moms  for lunch as we munched on some yummy dip and FritoLay ...