cincomom June 6, 2011 Comments Off on Weekend Wrap-up: Me & MyBrownBaby Slated to Hit the Red Carpet for Disney Red Carpet Premieres & Mary J Blige lays down a track for The Help movie 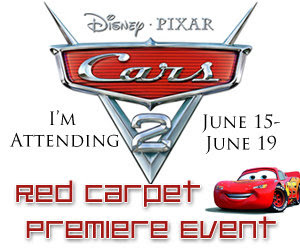 If case you missed THIS? post I’m headed to Los Angeles California for a rip-roarin’ good time for the premiere of Cars 2 on June 18th at the legendary El Capitan Theater. I will be going as a blogger for MyBrownBaby.com. You know MyBrownBaby, the other hip, fun, funky-fresh site I blog for, courtesy of the fabulous and down-to-earth Denene Millner.
Disney is rolling out the red carpet and zooming 20 blogger moms to Los Angeles and I am super-charged and ready to go! You best believe on June 15th I will burn-rubber trying to get to Burbank for the mommy Blogger Disney/DreamWorks Event! I will stay from June 15 to the 19th.

During my five-day stay in LA, I will preview Disney movies, Cars 2, set for a June 24 release in Disney Digital 3D™ and IMAX® 3D,The Help, Winnie the Pooh, and the animated short, “The Ballad of Nessie”. Part of the Disney pageantry will include tours of the animation studios, interviews with Disney movie directors, drawing demos, and a peek at how they do voice recordings.
Let me tell you about “The Help” movie. I just learned that my idol Grammy® Award–winning recording artist Mary J. Blige wrote and recorded an original song for the soundtrack of THE HELP, a film based on the New York Times best-selling novel of the same name, opening in theaters August 12, 2011.
So you know this soundtrack is already sold. I will be buying a copy. Mary sings an original song called “The Living Proof.” The soundtrack, from Interscope Records, will be available Tuesday, July 26 at select Starbucks locations. I cannot WAIT to see The Help movie in LA!
The Help takes place in 1960s-era Mississippi and chronicles the journey of three very different women who come together and embark on a secret writing project that breaks societal rules and puts them all at risk.
“The beautiful thing about these women is that they were very smart,” says Blige. “They chose to walk in love and forgiveness.” 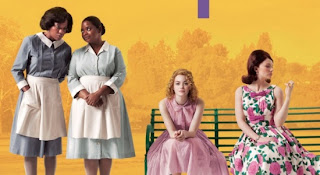 This is an incredible trip and this momma’s dream to be a special Disney guest. I grew up on Disney movies and have taken my kids to Disney almost every year since they’ve been born. And my kids love anything Disney—from pretty princesses to fantastical fairies and Caribbean pirates. I think they have pixie dust pouring through their veins.
Although I feel like the belle of the ball headed to Hollywood for a whimsical fairytale adventure, I also feel a little guilty about taking this trip without my kids—but eh, I’m already over it!
I’ll be blogging updates on the Disney fun and I’d love for you to be a part of the fanfare by telling me below what interview questions you would like me to ask the stars of Cars 2!
A quick Cars 2 primer: Owen Wilson is the star racecar Lightning McQueen; Larry the Cable Guy is the voice of tow truck, Mater; Emily Mortimer is the voice of Holley Shiftwell, a spy; and Michael Caine plays the British super spy Finn McMissile. Once again, Pixar powerhouse John Lasseter brings together the hot rods and takes them overseas to compete in the first-ever World Grand Prix to determine the world’s fastest car. Cars 2 is co-directed by Brad Lewis, producer of the Oscar®-winning film, Ratatouille.
I’m ready and revving to go! So sit back, and enjoy the ride as I bring you full throttle with my own Hollywood adventure covering Cars 2!
Tweet
Pin It