This report is courtesy of the White House Blog ObamaFoodOrama 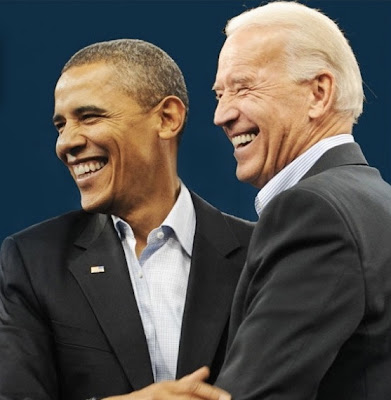 The detailed schedule of events for the 57th Presidential Inauguration, ‘Faith in America’s Future’…

Washington, DC: President Barack Obama and Vice President Joe Biden’s full schedules for the 57th Presidential Inauguration were released today by the White House. It includes events that have not previously appeared on the schedules released by the Presidential Inaugural Committee. Below is a narrative of the schedule followed by a detailed timetable that includes the list of speakers and performers for the ceremony at the Capitol on Monday, Jan. 21. All times are EST. The theme is ‘Faith in America’s Future.’

The events commence on the morning of Saturday, Jan. 19, when President Obama and the First Family will join in the National Day of Service. The First Family will participate in “a community service project in the Washington, DC area” at 11:30 AM, the White House said. At 6:00 PM, First Lady Michelle Obama and Dr. Jill Biden will host the Kids’ Inaugural concert at the Washington Convention Center.

At 10:45 AM, the First Family will depart the White House for the United States Capitol, where the President will again be sworn in on the West Front at 11:20 AM. The President will deliver his Inaugural Address at 11:50 AM. See below for the detailed order of the ceremony.

At 1:05 PM, the President, the Vice President, the First Lady and Dr. Biden will attend the Inaugural Luncheon in National Statuary Hall in the Capitol Building. The luncheon menu.

On Tuesday, Jan. 22, the First and Second Couples will attend the National Prayer Service at the National Cathedral. In the evening, the President and Mrs. Obama will attend the Staff Inaugural Ball at the Walter E. Washington Convention Center. CLICK HERE FOR LINKS TO ALL INAUGURATION POSTS.

*Kids’ Inaugural: Our Children, Our Future – 6:00 PM
Through initiatives such as Let’s Move! and Joining Forces, First Lady Obama and Dr. Jill Biden have made America’s children and military families two of their most important priorities in the White House. As part of their continued commitment, Mrs. Obama and Dr. Biden will host a concert for America’s children and families titled “Kids’ Inaugural: Our Children. Our Future.” It will take place at the Walter E. Washington Convention Center, and be livestreamed at www.2013pic.org/live.

President’s Official Swearing-in – 11:55 AM
Blue Room, White House
President Obama will officially be sworn in at a ceremony officiated by Supreme Court Chief Justice John G. Roberts Jr.. “Surrounded by family, friends, and staff, the President will place his hand on the Robinson family bible, selected specifically for this occasion, and recite the 35-word presidential oath of office written in the Constitution.”

Monday, January 21, 2013
*Church Service – 8:45 AM
St. John’s Episcopal Church
President Obama and the First Family, and the Vice President and Dr. Biden will attend.
*President, First Family Depart White House for US Capitol -10:45 AM
*Ceremonial Swearing-in – 11:30 AM
West Steps, US Capitol
President Obama will place his hand on two bibles, one owned by President Abraham Lincoln, the other by Dr. Martin Luther King, Jr., and recite the 35-word presidential oath of office written in the Constitution. Vice President Biden will be sworn in using the Biden Family Bible. This ceremonial swearing-in is open to the public.

*Inaugural Luncheon – 1:05 PM
National Statuary Hall, US Capitol
Immediately following the ceremonial swearing-in on at the West Steps, President Obama, Vice President Biden and members of their families will attend an inaugural luncheon hosted by the Joint Congressional Committee on Inaugural Ceremonies. The Luncheon is an Inaugural tradition that dates back to President William McKinley’s first inauguration in 1897. The full menu and details.

A painting by Ferdinand Richard of Niagara Falls, selected by the Chairman of the Inaugural Committee, will serve as a backdrop for the head table. Music will be provided by the University of Rochester Eastman School of Music. The President and Vice President will be presented with official gifts from the Congress on behalf of the American people.

*Inaugural Parade – 2:40 PM
Pennsylvania and Constitution Avenues to The White House
The Inaugural Parade includes participants representing each of the five branches of the Armed Services, all 50 states, and a variety of national groups—representing the best of American service and values. Led by the President, Vice President, and a traditional military Presidential escort, it will begin at the east front of the Capitol, then west on Constitution and Pennsylvania Avenues, followed by north on 15th Street and west on Pennsylvania Avenue past the Presidential Reviewing Stand.

*Parade Review, White House – 3:45 PM
After marching in the parade, the President and Vice President will be joined by their families, friends, and other guests and watch the rest of the parade from the reviewing stand.

*Commander-in-Chief’s Inaugural Ball – 8:45 PM
Washington Convention Center
In keeping with the tradition started by President Bush in 2005, President Obama will honor the brave men and women of our country’s armed services and their families at the Commander-In-Chief’s Ball. Invited guests include active duty and reserve service men and women, Medal of Honor recipients, and wounded warriors and their spouses, among others.

*The Inaugural Ball – 9:10 PM
Washington Convention Center
The largest ball the President and Mrs. Obama will attend will be spread across Halls A, B, C, D and E at the Convention Center. A limited number of tickets were available to the public but are now sold out.

*National Prayer Service – 10:30 AM
The morning after the ceremonial swearing-in, a National Prayer Service will be held at the Washington National Cathedral, continuing a tradition that began with President Washington in 1789 and was revived for President Roosevelt in 1933. The service will bring together a diverse group of dignitaries and Americans to celebrate the power of faith through prayer, readings and musical pieces. Attendance is by invitation only and tickets are required. A livestream of the service will be at NationalCathedral.org.

Saving Lives; One Child At a Time #StJudeBlogTour

Hope. Inspiration. Love. Recently I had the opportunity to visit St. Jude Children’s Research Hospital and while I was prepared to be sad and crying ...

Elmo is coming to town! My kids are excited and some lucky family, maybe yours, will go see Elmo for FREE! Alantamoms.com has this GREAT ...